After the former Jesuit Church, now the Garrison Church was opened in 2011, the need to explore and reinterpret its historical and cultural heritage arose. This was primarily caused by the process of church renovation which started in 2012. At the same time, the well-preserved interiors and exteriors of the church are of significant research interest. In particular, the art and religious culture of the society of the XVII-XIX century and not only in Lviv. It is known that until 1946 the church belonged to the Society of Jesus, a monastic order that operated all over the world. Under the influence of various cultures, a particular art culture of the order was slowly formed. It consisted of local plots and those that had a general meaning for the whole order with its own ideological load. Besides, the church as a place of worship/man’s encounter with God should have also had a biblical meaning. A combination of order and biblical themes in church decoration created a comprehensive image in which the order is the bearer of Christian ideas laid down in the Bible. This statement provides the opportunity to view decorations in the Garrison Church and in churches in general as a certain ideological construct that was supposed to “declare” specific “messages” incorporated in a fresco, a sculpture, and an icon, etc. Therefore, studying and interpreting church decorations makes it possible to understand, at least partially, the ideological motive of its author. Hence, it becomes easier to understand the art and religious culture of the society, particularly in the XVII-XIXcenturies. Considering the abovementioned, this article is an attempt to interpret the decorations of Saints Peter and Paul Garrison Church (the former Jesuit Church), a significant part of which consists of biblical and missionary plots. 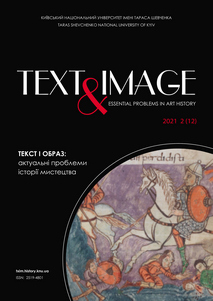