This paper is focused on the joust between English squire John Chalons and French écuyer Louis de Bueil, that was held in 1446 in Tours, France, in the King Charles VII of France and his courtiers presence. The mounted combatants fought with full armour on using couched lances. The article also covers the connection issue of this chivalric encounters type with warfare and military practices of that time, their effectiveness in then military training and interpretations of 15th century tournaments and pas d’armes in the 20th -early 21 century historiography. Available existing sources for this event suggest that the fighters with premeditation used lethal combat techniques during the collision, that resulted in Louis de Bueil death. However, Jean de Bueil, the older brother of the deceased, soldier, courtier and writer, expresses his highly hostile attitude towards chivalric practices of this kind in his autobiographical work "Le Jouvencel", which in the long run led to a false interpretation of the Late Middle Ages pas d’armes as an escapist and anachronic manifestation of the Late Middle Ages elites culture, spread by renowned Dutch scholar Johann Huizinga and his epigones. The article has its emphasis on participants’ arms and armour, as well as their impact on the course and result of a joust. The paper presents the analysis of the narrative program of eight mid. 15th century colored handwritten miniatures, conveing the stages and course of the duel. Visual narration is created with profound knowledge of the knight weapon and equipment features, as well as an accurate understanding of the equestrian encounters course and logic. Depicted by unknown artist plate armor on the combating fighters has direct historical analogies among the preserved survived artifacts of knights weapons. This miniatures series may be considered as a ‘documentary military art’ prominent example for its time. 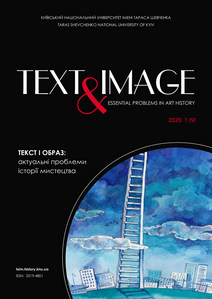