This paper looks at the tragic fate of one of the most prominent painter among the so-called Boychikist group Kyrylo Gvozdyk. We try to trace his biography and artistic evolution from his early years, when he was close to Mykhailo Boychuk, until his late period and tragic death in 1981. In 1927-1928 K. Gvozdyk while being a student in Mikhailo Boychuk’s workshop at Kyiv Art institute together with his colleagues Antonina Ivanova and Maria Yunak painted frescoes for All-Ukrainian Central Executive Committee rural sanatorium situated on Khadzhibey Estuary near Odessa. Unfortunately, only photos of these frescoes survived as the Sanatorium was demolished in 1964. After he completed his education, Gvozdyk became member of Association for Revolutionary Art of Ukraine, founded back in 1925 by Mykhailo Boychuk. In 1928, Kyrylo Gvozyk had two of his tempera paintings (“A peasant in trouble”, “A Shepherd”) exhibited in Ukrainian pavilion at the Venice Biennale. Italian journalists highly praised these works and referred to Gvozdyk as “Ukrainian Gouguin”. The Soviet authorities crudely interrupted his early success. In 1936, Gvozdyk was falsely accused in “systematic anti-Soviet activities”. He was sentenced to labour camps for 10 years tand revocation of rights for 5 years. In 1949, his sentence was aggravated to imprisonments for life. Upon Stalin’s death in 1956, the painter was finally rehabilitated and could be back to work. Nevertheless, years of prosecution and imprisonment made him change his manner. Gvozdyk renounces “boychukism” and follows authority-approved Socialist realism course until his death in 1981. Among his most notorious works in the “boychukist” style one should name “Shepherds” (1927), “Radio in the village” (1928), “Peasants in the field” (1929), “A mass meeting” (1920s). 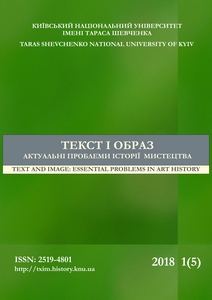