Classics On The Modern Scene: From A Play To "The United Text Of The Performance" (A.N. Ostrovsky)

The purpose of this research is to analyze the role of "texts" in staging the plays of the classic repertoire. By “texts” we understand, as it was defined by Y.M. Lotman, the main parts of a performance: the text of the play, the acting text, created by actors and the director, and the “text” of decorations, musical component and the lights design.

Our main sources were the performances based on the so-called “playwright’s theater” method when the literary text of the play remains unaltered. We examined such plays as “Crazy money” (2012 Saratov Academic Drama Theater n.a. I.A. Slonov) and "Wolves and sheep" (2015, Tambov State Drama Theater).

We have chosen A.N. Ostrovskiy’s plays as his playwriting is gaining its momentum at present. There are several reasons for such popularity: the plays content can be understood by today's viewer; the unity of narratives and the vividness of characters are a good “drama school” for actors and directors; the refined language of plays gets an appetite for literature.

We can conclude that the unified “text” is presented in a coherent manner since the "roles" of all elements of the performance are distributed evenly; there, acting becomes the main element. The last but not the least in staging a successful play is the stylistic unity of all performance “texts”.

Inventing a performance in such a way the director is able to create an artistic image of the play which -  from the written word - will gain truthfulness of what the viewer sees, hears and feels on the scene. 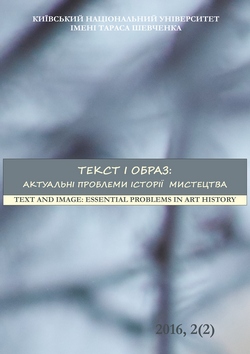