The article focuses on the image of ground that had various meanings in the human culture from ancient times. On the one hand, it was a place of living that provided people with all means necessary for their physical survival and had an exclusively material value. On the other hand the ground was a part of myth; it was a subject of philosophical (or would-be philosophical) reflections. Step by step, humanity learned to perceive ground from artistic and aesthetic perspectives: as a place that sometimes could be beautiful by itself and sometimes needed to be decorated by people. In the modernity, the ground is more often viewed not only as a surface or a place for artistic work but as an environment or even a material for the latter. Inhabitants tend to decorate not only its aboveground but also its underground surroundings. This tendency has resulted in introduction of the modern high-tech underground buildings and the phenomenon of ecological ground architecture formation. In field of the visual design, the new approach to ground as a material for artistic activity emerged. The article presents a hypothesis that historical traditions contributed to the modern land architecture to a lesser degree. In the past the ground architecture was often awkward, pragmatic, and artistically inconsistent. It was a result of some specific materials, technological and climate conditions which people faced. At the same time, in folklore and fiction literature the aboveground and underground environments, including houses, were often depicted as artistically attractive. Therefore, for modern artists, the popular verbal and visual images of underground buildings serve as a rich source for inspiration in their work on the real-life projects in the field of ground architecture. The names and design features of some projects attest this idea. For instance, the modular “Hobbit House” created by the Green Magic Homes company makes an appeal to the literary works by J. R. R. Tolkien. The links between the modern ground architecture, literary texts and artistic images demonstrate that in the modern world not only the real life influences art, but virtual imaginative worlds begin to form the space of the reality itself. 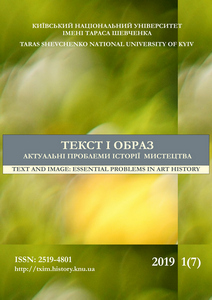