«Atypical Kyiv»: examples of «Northern Art Nouveau» in the urban housing of the early 20th c.

At the turn of the 19 – 20th centuries Kyiv experienced a building boom: once a rural town transformed into a modern city. The widely spread one or two-storied classical-styled houses were replaced with multistoried apartment houses, designed in a new architectural fashion. By that time, various forms of Art Nouveau dominated European architecture. Kyiv also picked up this trend. Buildings in Kyiv of that time represent a motley mixture of the most popular variants of style each having certain peculiarities. The new urban buildings’ constructions followed classical traditions while facades were designed after the latest European patterns. The National Romantic styleis a remarkable and unusual form of the architectural Modern. It emerged in Northern Europe and was inspired by Scandinavian flora and fauna, local folklore and traditional architecture. The National Romantic style followed the motto “Back to nature”: architects designed simple forms and chose building materials of a local origin. Unexpectedly we see the buildings in this Nordic style at the streets of Kyiv. How did they appear in a Southern town? As they were built as apartment houses for lease, the clients asked architects to make houses more attractive for the future tenants. It was the case as of the metropolitan Saint-Petersburg masters (F. Lidval, P. Svatkovskyi) so of the local architects and engineers (V. Peshchanskyi, О. Verbytskyi). In Kyiv, the National Romantic style has its own specific features. It is monumental, laconic in details and abundant in natural textures. Thus, Kyiv version of the Nordic style did not simply copied the original, but rather cited the patterns and creatively reinterpreted Scandinavian architectural forms. 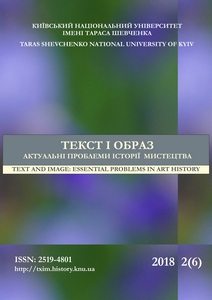