This paper is devoted the Western European late Renaissance and Mannerist jewelry. The author reveals the characteristic features of the pearl jewellery of the period and tries to answer the following questions: how did the dominant style influenced the design of the 16th c. jewelry, what were the differences between local styles of jewelry in different Western European countries? It is stated that the pearls became one of the most popular sought-after materials, used not only in the creation of rings, necklaces and bracelets, but also for the decoration of clothes, hats, shoes, and accessories. It reflected trends in fashion, corresponding to the character of court life of the 16th century, met the secular requirements of etiquette, being a carrier of the semantics of ancient traditions. It alluded to Venus and, at the same time, embodied piety, purity and chastity. In the latter sense, pearls were depicted in sacral imagery (in particular, in clothes of saints and the Virgin Mary). Thus, pearl jewelry can be regarded as polysemantic, multifaceted and universal. One can notice that the jewelry fashioned within the artistic context of the North Renaissance was not ascetic and restraint, as were the clothes due to religious reasons. Its stylistic features were rather vivid and luxurious. Pearls were one of the favourite materials for jewelers from the 15th c. and onwards, in both Italy and other countries which may be considere as the centers of Northern Renaissance and Mannerism. The 16th century Italian, French, Spanish, German, Netherlandish and English paintings are the principal visual source of the survey. 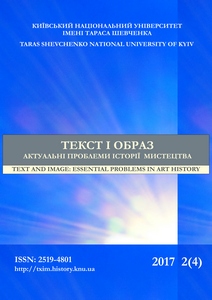