Modern society is characterized by rapid computerization which is accompanied by strong filling spaces of all types of visual elements. At the same time, modern society percepts images lightheartedly. Today, when Ukraine already had (has) five presidents and will soon be involved in a new election campaign, it seemed important to explore not just the media content that is mostly saturated and pole structure, and refer to the visual material. This study aims to identify and analyze the components of the images of presidents of Ukraine and to compare them. In order to achieve the abovementioned goal we have to accomplishing the following tasks: 1) to list the components of the image of the President tangent visual image of Google; 2) analyze the dominant category for each of the images; 3) compare the proportion of other components of the image; 4) undertake a comprehensive comparative analysis of images. We examined the data gathered by using the Google search engine applying the method of content analysis for each of the 40 president’s pictures from the first page of Google results. The study resulted in several statements. Firstly, we can speak about a standardization of the President of Ukraine image. Nevertheless, we can highlight some significant changes in the President’s image in case of certain personalities. The technique has allowed not only fixing the visual components of the image, but also, though partly, verbal. In addition, research has allowed distinguishing a certain dynamic sequence. In particular, it concerns such elements as the national flag. 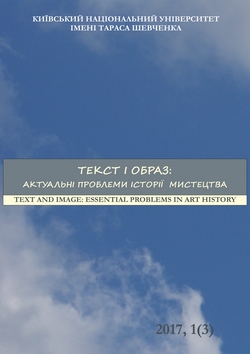